Why the Rally Flag is Important to Businesses

Why do companies have a business flag? If you’re like me, you would have never thought about a flag, but here I was at a meeting talking with my friend Arthur about flags. I know, it was like being with Sheldon from the Big Bang series talking about flags. So what got us talking and thinking about flags? This TED talk by Roman Mars: Why city flags may be the worst-designed thing you’ve never noticed. I’ll put the video at the end of this article for you to watch.

The way Arthur talked about this video, I had to go home and watch it and as I watched I heard these flags are the things that people rally around. At that moment I had a realization – this is why companies have flags.

Thinking about all the events I worked, 5K runs, fundraisers, zoos, libraries, and Park Districts, none had a flag. But in hindsight, they should have.

What symbol brings your group together? Is it a logo, ribbon, or nothing at all?

Every country has a flag. Major corporations have flags, and 90% of the cities have flags. I figured my business is as crucial as the fortune 500 company; so I made a flag. It was easy using Roman Mars’s basic flag designs. I made twenty-five different designs before I settled on this design. 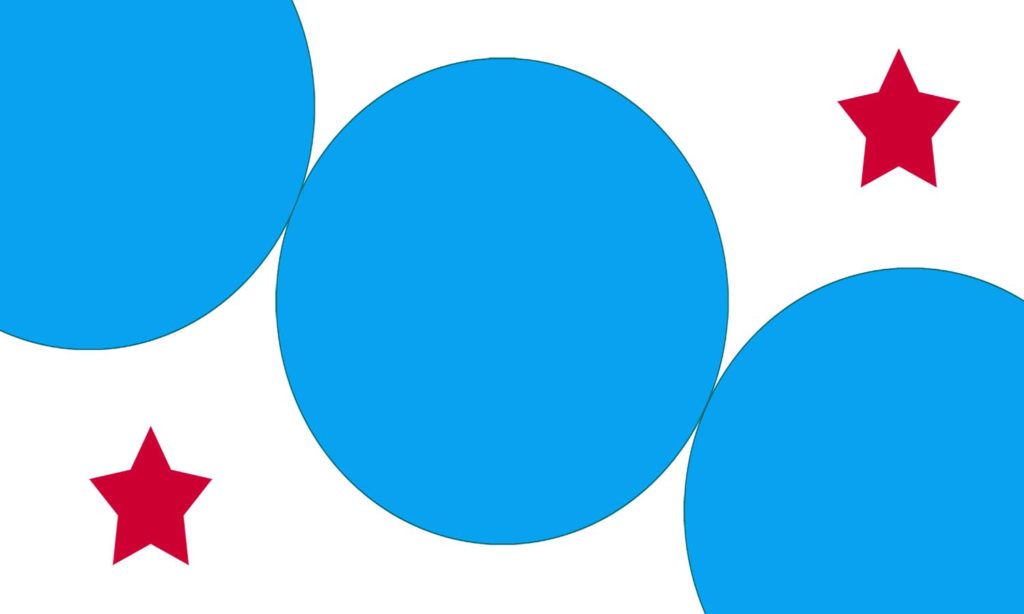 The flag design is based on my occupation, family and love of country. The blue circles are balloon bubbles. The two red stars represent my two sons and the layout of a red star, white background, and blue bubble symbolize the United States – Red, White & Blue.

If royalty, countries, states, cities and Fortune 500 companies can have a flag to rally around, shouldn’t your business, association or club have a flag? It can. Just design one and use it as part of your marketing to give your fans something to rally around.

One thought on “Are You Giving People Something to Rally Around?”