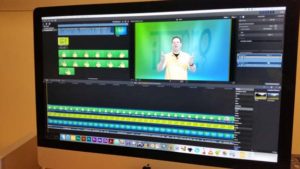 Have you ever daydreamed about becoming a YouTube reality star or create a viral video? I think it crosses everyone’s mind now and then, reality strikes.  Creating this stuff is exhausting.  Even if you are creative, you need equipment, knowledge of producing and editing video’s and lastly, you need an audience.

You may recall hearing, “Hang out one’s shingle”? It is an American idiom dating back to the early 1800s, when lawyers, doctors, and other businesses used shingles for signboards. When you walk along a sidewalk in a downtown area, you can often see little signs in front of stores, hanging above the street.

Hanging out one’s shingle doesn’t draw a crowd, and I feel that is one reason YouTube channels struggle in the beginning.  Simply posting on social media doesn’t guarantee subscribers.   You may have ideas and a demographic on whose eyes should be watching the channel but lack the skills to get your name in front of this audience.

This was my main concern when I started iTalkDEO.  A YouTube channel dedicated to helping people improve their communication skills.  The voice in my head kept asking me, “How do I get eyes to watch my videos?”

As I mentally struggled with this problem, it occurred to me, right in the middle of my twenty-fifth pushup. The morning workout is when I did most of my abstract thinking when the word popped into my head – product rollout.  As a promotional entertainer, I have worked with many companies at trade shows helping them roll out a new product that’s not in the stores for several months after the show.

Taking this new idea, I started to create my iTalkDEO channel. I created a banner, logo and uploaded a couple of videos.  The starter video is a TEDxNaperville Talk and the second is a Toastmasters Keynote address on building a Toastmasters Club.

The main videos had not been producing.  I just had the basic idea for the first video.  It was several days later that I sat at my desk early on a Saturday morning, that I hand wrote out my thoughts that I was going to produce.  With the foundation laid out, I started marketing my channel on Facebook, Twitter, direct emails to friends and blogging about the new channel.

The results were seventy-two subscribers over ten days. A far cry from the 500K I’m looking to grow the channel too, but it’s a start.  Without me investing time in the pre-rollout I would be struggling to get twenty subscribers to let alone seventy-two.

The key to creating a new YouTube channel is to start the marketing before the release of the channel as this is as critical as every video uploaded and promoted afterward.  Market your channel every day until that first video goes live.  Your YouTube channel success is a measurement by your dedication to marketing your channel daily.